Itzik Eshel was born in Rosh Ha’ayin to Ovadia and Sarah Eshel. In 1999 he released his first album, “Hanani”. Three years later, together with his brother, singer Haim Israel, he released a joint album called “In the Garden of Life”.

In the summer of 2004, after consulting with one of the Kabbalists in Israel, his family name was transferred to Eshel. He released a double album “Only You”, in which he collaborated with singer Eli Luzon in the song “Eli in Heaven” which became a hit, and with his brother Haim Israel in the song “Od Avinu Chai” with a rapper from France.

In 2009, he released his fourth album, “It’s Not From Me Only From God,” in which he hosts Yaniv Ben Mashiach, Meidad Tassa and Mendy Jerufi.

In 2010 he and his brother Avishay Eshel published a piyutim of Selichot in honor of the High Holidays with musicians Avi Singolda, Arik Shahar and others.

In May 2012, he renewed the song by Greek singer Nikos Veritas to the words “Until You Resign.” It turned out that Eyal Golan recorded a song identical to the melody with lyrics.

In the summer of 2012 he released a Shabbat songs album. A year later, he released part of the project in which he hosted singers Gad Elbaz, Haim Israel, Avishay Eshel, Yechiel Nahari and others.

In preparation for Rosh Hashana 2013, he collaborated in a song in honor of Rabbi Nachman of Breslev with the Hassidic musician Dudi Kalish.

On Sukkot in 2014, he was invited to the Kumtantz project of Hamenagnim orchestra. 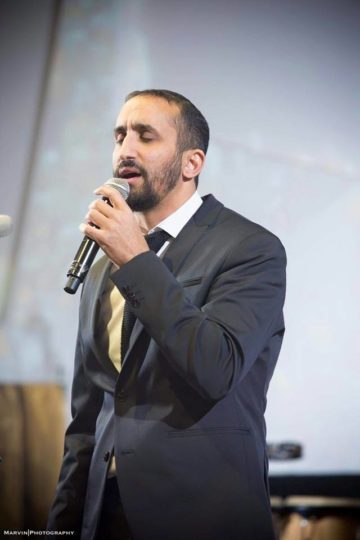