Gad is an Israeli Superstar who is currently the most recognized name and face in Jewish music world wide. With millions of hits on his YouTube music videos, Gad is one of the top recording Artist, whose songs are played and covered around the globe. Through his soulful and contemporary sound, Gad has brought Jewish music to a new level, and continues to serve as a role model to his many fans.

Gad’s music intentionally captures both the observant and secular listener by mixing original and biblical texts with ballads, harmonies, middle-eastern rhythms and modern pop. Many of the songs are a collaboration between him and his wife Moran, where he composes the music and she writes the lyrics.

Gad believes that music can help bridge the gap between different people’s viewpoints in life. Recently, Gad has started performing duets with the incredibly talented secular music stars of Israel. These collaborations with Shlomi Shabbat, Shlomo Gronich, Itzik Shamly, Ovadia Chamama, Subliminal, Alon De Loco and more… were a tremendous success and broke the boundaries between observant and secular music fans. Gad revels in these duets as it underscores his belief in spreading Jewish unity through music.

In August 2008, Gad made a historical and riveting performance at the 2,000 year old Roman amphitheatre in Caesarea, Israel. This show’s purpose was to bring secular and religious Jews together in a show of unity through music. He has the distinction of being the first religious Jewish singer to ever perform there. In addition, Gad invited famous secular Israeli singers to sing with him at this historic performance. This concert was recorded by channel 24 of Israel and has been broadcasted on that channel frequently.

Gad is reaching audiences around the world as his music and message of unity are being embraced by Jewish communities worldwide. In 2009, he began a multi-city world tour to promote his music and message. His goal is to help people renew their faith through music and empower them to live their lives with an open heart, faith in themselves and faith in G-d.

In addition to a new Hebrew album, Gad is currently releasing an all English album; “L’Chaim”. Gad composed and produced most of the album with lyrics by Zvika Bornstein and other known lyricists. 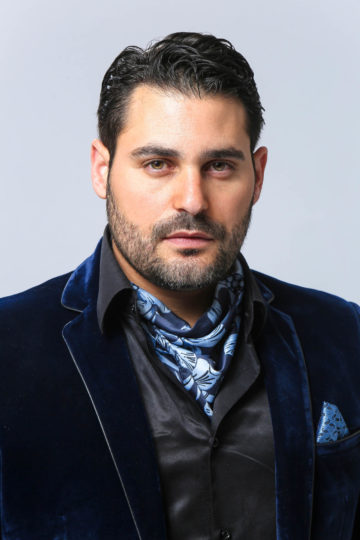