Eli Schwebel is a NYC based Jewish recording artist.

As producer and lead singer of Lev Tahor, Eli spearheaded the renaissance of Jewish Acappella music, as well as creating a vocally rich, pop-rock sound that transformed the definition of traditional Jewish music. He launched his solo career with his first ever solo album entitled “Hearts Mind” which has been called “groundbreaking” in its genre.

Eli’s rich musical pedigree and lineage starts with the world famous Chazan Aaron Schwebel, his grandmother Florence Wassner, a unique mezzo soprano who frequented the stage with the likes of Richard Tucker, and of course his father, one of the most recognizable tenors in Jewish Music, Rivie Schwebel of the band Dveykus. 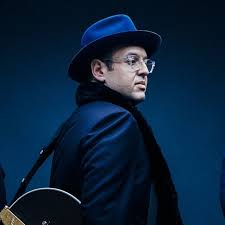