His heartfelt music may have propelled him to the upper echelons of the Jewish music business, but for Eitan Katz, music isn’t about fame, popularity or business. A gift from above that allows each of us to connect with the sparks of holiness that lie deep within ourselves, Eitan sees music as a powerful motivator that fills us with simcha, infuses our lives with spirituality and connects people of all types in an emotional experience like none other.

A member of an extremely musical family, Eitan discovered that he had not just a love of music, but the talent as well. Spending his childhood moving back and forth between Los Angeles and Israel, Eitan was exposed to a wide variety of music from his earliest days. During his high school years, Eitan found himself gravitating towards themusic of R’ Shlomo Carlebach which resonated deep within him and prompted him to take up the guitar, an instrument that instantly felt like it belonged in his hands. By age 16 Eitan had written his first original song, the precursor to many heartfelt compositions that brought the words of davening and Tanach to life in unprecedented ways.

His first two albums, Eilecha, produced by his father, beloved chazzan, Avshalom Katz, and Biglal Avos were released jointly with his brother Shlomo. Eitan has six more solo albums to his credit. While Lemaancha, Boruch Hu, Live in Jerusalem, and Shuvu feature many of Eitan’s original compositions, Eitan Katz Unplugged and Eitan Katz Unplugged 2 feature the niggunim of Shlomo Carlebach.

Eitan, has continued to learn in yeshiva throughout his musical career and he credits his learning for being the inspiration for his music. He travels throughout the United States, spending Shabbosos in different Jewish communities, leading the davening, sharing divrei Torah and ending Shabbos with a moving concert/kumzitz. Balancing his many musical endeavors is no small task and Eitan is hard at work on his next album, Pure Simcha, while his live band continues to delight wedding goers everywhere. Eitan’s musicians typically play together at most affairs and as a cohesive group they achieve an unbeatable synchronicity. Eitan prides himself on leading an orchestra that is merely the vehicle for the inherent simcha at every wedding, never the star of the show but rather the all important backdrop that sets the stage for an event that is all about holiness-infused happiness.

Being able to switch seamlessly from kumzitz mode to the simcha spirit comes naturally to Eitan who believes that when music comes from a place that is pure and true, expressing it in different ways is effortless. For Eitan, it’s all about the beauty of music, about taking something that comes from the heart and sharing it with others, so that it touches their hearts as well, a lesson that he learned from his father and one that he hopes to pass down to future generations.

Eitan currently learns at Yeshiva Shor Yoshuv. He and his wife Malki reside in Far Rockaway, New York with their five, ka’h, children. 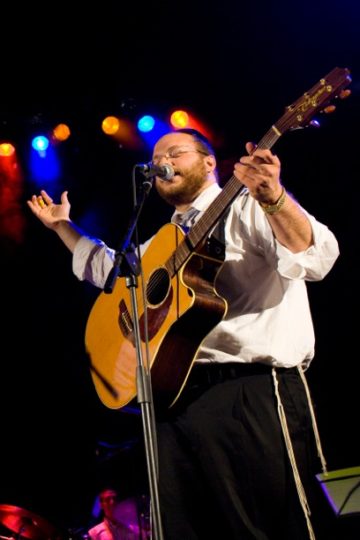