Dovid Gabay began his musical career singing at live events. Since then Dovid has become one of Jewish music’s fastest rising stars, delighting audiences worldwide. His debut album, Legabay, was one of the most anticipated and hottest debut albums ever to be released in the Jewish music industry. His second album Omar Dovid is one of the best-selling Jewish music albums of all time. His third solo album, Eretz Yisroel delivered a special touch as it reflected Dovid’s love and passion for the Holy Land. Dovid’s brand new release, and his fourth solo, studio recorded, album, Hakol Letova, infuses positivity to his listeners.

Dovid has graced countless concert stages all over the world. His golden voice enhanced by his cheerful personality and ever present smile is a combination that is unmatched. Dovid’s ability to connect with an audience makes him one of the most sought after entertainers today. Dovid has performed all over the world, singing in Israel, Brazil, Switzerland, Paris, London and Geneva, South Africa, and of course, all over the United states, Mexico, and Canada. There is no doubt that this talented superstar will be entertaining audiences for many years to come. 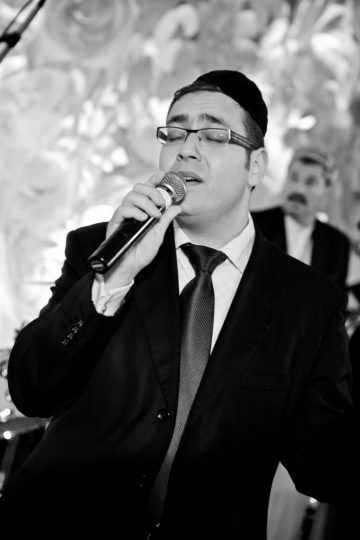