Jewish music owes much to Yigal Calek–classic songs like Ko Omar & Ashira, the concept of boys choirs being singers performers AND a Kiddush Hashem, as well as multi-continental recording (with apologies to all those NY /Israel producers. Yigal & Yisroel (Lamm) were the first to record music & vocals on separate continents (US & Europe) –all this and a plethora of other innovations that have since become SOP for Jewish music performers everywhere

Though if you ask any Jewish music fan who remembers the 1990’s, odds are they’ll tell you that Calek’s most important JM contribution happened in 1975 when he invited a young lad named Dedi Graucher to be a part of his (Calek’s) Pirchei Tzabarim album (the Israeli ‘spinoff” of the highly successful London School of Jewish Song). As legend has it, that was Dedi’s first exposure to the awesome power of music and its ability to move audiences and listeners.

Fast forward to 1993 and suddenly the always fickle world of JM is unanimously abuzz about a new Yossi Green project called Rotzoh—the debut album of a singer called Dedi.

As it turns out the name was more than apropos as everyone was “wanting” to hear this album. Seems that Dedi had one of those rare “power voices” with the strength and range to take on high energy dance tunes, yet with a level of control & sensitivity that enabled him to “own” the most demanding & hartzig ballads.

The best part was that unlike “studio only” singers who didn’t have the talent or stage presence to perform live, ‘Dedi live’ was in fact larger than life. Despite a build that was better suited for a football stadium than a concert stage, Dedi moved on stage with a grace that was both fascinating and comedic. What endeared him even more to the sellout crowds at major venues like HASC, Carnegie Hall etc. was his wickedly self effacing sense of humor. More than inviting fans to join him on stage at Carnegie Hall and turn it into a “wedding worthy” rekidah, Dedi would often arrange for on-stage four course dinner deliveries (courtesy of Kosher Delight) as well. A major impetus behind Dedi’s evolution from singer to performer/entertainer was his ever present co-producer/ guardian angel Aaron Teitelbaum. Thanks to the fact Teitelbaum’s finger was squarely on the pulse of Jewish music, he was a key part of taking Dedi’s stage & studio career to the stratospheric levels it was known for. Together their “anything goes” style added a new level of energy and enjoyment to the JM concert landscape.

Aside from being a big name and a bigger headliner, Dedi’s also known for his big heart. His work for HASC, both as a performer and ‘Honorary Director of Development”, is still referred to as the standard in terms of performers who “give” in more ways than one.

So what happens to a performer with over 30 hit albums under his belt and a concert career with hundreds, if not thousands of sold out appearances on every continent? Based on reports of people lucky enough to have seen him in Israel during Chol Hamoed Sukkos, “Dedi’s still doing it” —despite being a grandfather (and the fact Kosher Delight shuttered their Boro Park & Manhattan locations).

No matter if he’s “digging into” one of his hits like Rotzoh, Hakol Letova or Zocheh (to name but a few) or taking a Carlebach, Chait or Rottenberg classic in a refreshingly new direction, his legendary command of song—and stage remains intact.

Small wonder that for hundreds of thousands of fans worldwide “nobody does it like Dedi”. 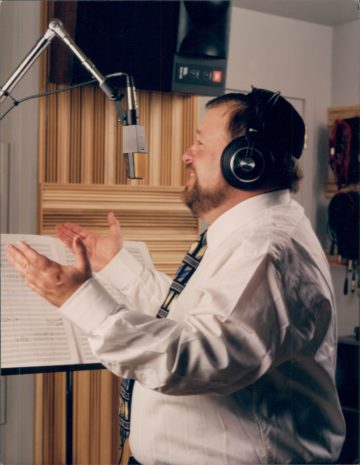