Haim Israel was born in Bnei Brak as Haim Achuel, and as a young man studied in Haredi yeshivas in Bnei Brak and Jerusalem. He began his career in the music world with his debut album, Sha’arei Ratzon, which he published in 1999. His breakthrough began after the release of the second album, “From the Depths,” in which the song “Yitgadal VeYitkadash” was particularly prominent. In 2002, he released another CD together with his brother Itzik Eshel, “In the Garden of Life”.

In 2004, Israel released the double album “Angels”, with the song “Lecha Eli” in a duet with Yoav Yitzhak and another duet with Nati Levi.

In 2006, the CD “Okad veNekud” was released, containing 8 piyutim and duets with Yoav Yitzchak. Out of it stood the piyyut after which the disc was named. In 2007, he released the track “Traceability in the Sand”, in which the song Rahman Raham stood out, which he sang with Zion Golan.

In August 2008, he released his album “We Have Someone to Trust”, which includes the songs “Give and Receive with Love”, “You Are Holy” and more.

In 2010, Israel went on a live performance called “Derech Chadashah” in Purim 2010, and even published a new CD.

On May 14, 2012, the single “Kesem Neuri” was released, and then in August 2012, at the launching event at Reading 3 in Tel Aviv, the album “Kesem Neuri” was launched with the hits: “Kesem Neuri”, “Bless the Lord” and “Shema Yisrael”. The album includes 18 tracks.

On May 18, 2014, on the occasion of the celebration of Rabbi Shimon Bar Yochai on the holiday of Lag B’Omer, the double album “Story of My Life” was published, including 22 songs. Half of the album was composed by Israel himself and the rest of the songs were composed by Ophir Cohen, Rami Lev, The duo includes two duets with the singers Yoav Itzhak in the song “Aufu Aschuya” and with the singer Dudi Kalish in the song “The Seven.” The songs include combinations of pop music, rock ballads, Mediterranean music and original Jewish music.

On 10 April 2016 he participated in a duet with Eyal Golan “Ata Hamelech”. 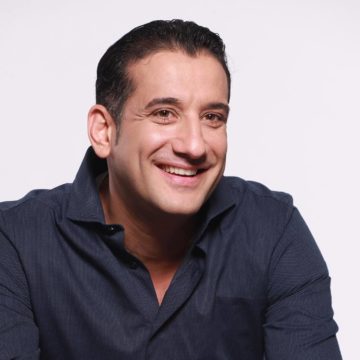