Like a select special few individuals, Avrumi Flam’s singing career began at the age of 11 when Rabbi Eli Teitelbaum, A”H pulled him aside in Yeshiva Torah Vodaas to ask him to sing. The first album he appeared on was the fourth Pirchei Boys Choir record and Camp Sdei Chemed record alongside Avrumi Friedman (Fried). Avrumi never really expected to get into the music business. He performed a few times as a child after the Pirchei album recording, including a tea/parlor meeting with the famed Rabbi Shloime Klein of Camp Manavu on accordion. At the age of 17 a few years after his voice changed he was featured on one of the earlier JEP records. He was the featured artist on Rabbi Shmuel Brazil’s stirring Mimamakim recording shortly after getting married.

The year 1995 saw the release of Avrumi’s debut album B’shetzef. The album was produced and featured songs by a talented young man by the name of Yoel Calek, the son of Yigal Calek of London School of Jewish Song fame. The two became close friends and they loved singing together. Unknown to fans, there were two executive producers from Philadelphia who funded the B’shetzef album. They contacted Yisroel Lamm about arranging the songs and the rest is history. Avrumi recounts how one day Yoel was playing the song B’shetzef on the piano at his house in Lakewood and Yoel insisted that Avrumi had to sing the song. It ended up being the title track of his debut album. The fans loved the power of Flam’s vocals coupled with the sweet sound of his voice. He was one of those few individuals who were able to give over the feeling of each song he sung.

After receiving lots of positive feedback, the duo of Flam and Calek went back to work on album number two titled “Ezkera”. The album featured the hit song “Zarah” which is rumored to have brought Flam many singing engagements over the next few years. There was a family in Brazil that loved that song so much that they hired him to fly out to sing at their family Simcha in Brazil. A great friendship and many others as well resulted from that one beautiful song.

For his third album “Hadran”, Avrumi switched gears a little. Yossi Green phoned Avrumi at the time that he was considering his third album. Green was working with another artist producing an album for him, but it just wasn’t working out. Avrumi ended up using eight of the songs from the original project, had one song from Yoel Calek, and Yossi Green together with Penina Klaver wrote an English song together. Hadran showed fans a different side of Flam and they were very interested and loved it.
For his next album, “Tov Lehodos” of coursed featured the hit title track by Montreal native composer Yo Aisenstark. The song was already somewhat known as it was featured on the Shalheves Boys Choir album. However, the spin and arrangements that Avrumi put on it, made it a household song sung around the world in a very short time. While travelling for a concert in England, Flam met a young child soloist by the name of Avi Goldberg with a truly “golden” voice who was the featured star singer on the Tov Lehodos track. Flam teamed up with then rising star Arranger Avremi G, who arranged the entire album.

Over the years, Flam has performed all over the world including Brazil, Israel, Mexico, Switzerland, England, and even Russia, Finland, Sweden, Greece and Alaska on the cruise circuit. He has also performed at one of the earlier HASC concerts alongside Moshe Yess A”H, Avraham Rosenblum and Gershon Veroba with a group called “Harmony” and also at Carnegie Hall for an organization called Shoroshim.

His last solo album was “Korov Hashem”. Since then Avrumi built his own studio in his house in Lakewood and has released two albums he produced himself, a “Purim Greatest Hits” album and a “Songs of the 3 weeks” album both of which continue to sell extremely well till today. He also collaborated with Mrs. Dina Storch singing and helping produce the beautiful “There’s a Place in My Mind” album featuring the beautiful songs of Mrs. Dina Storch. 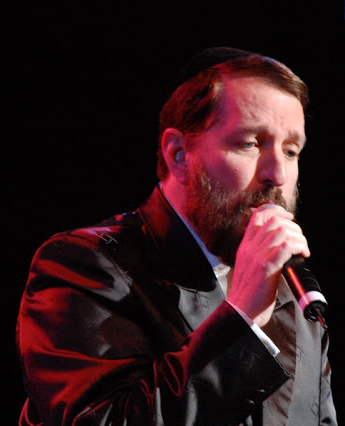